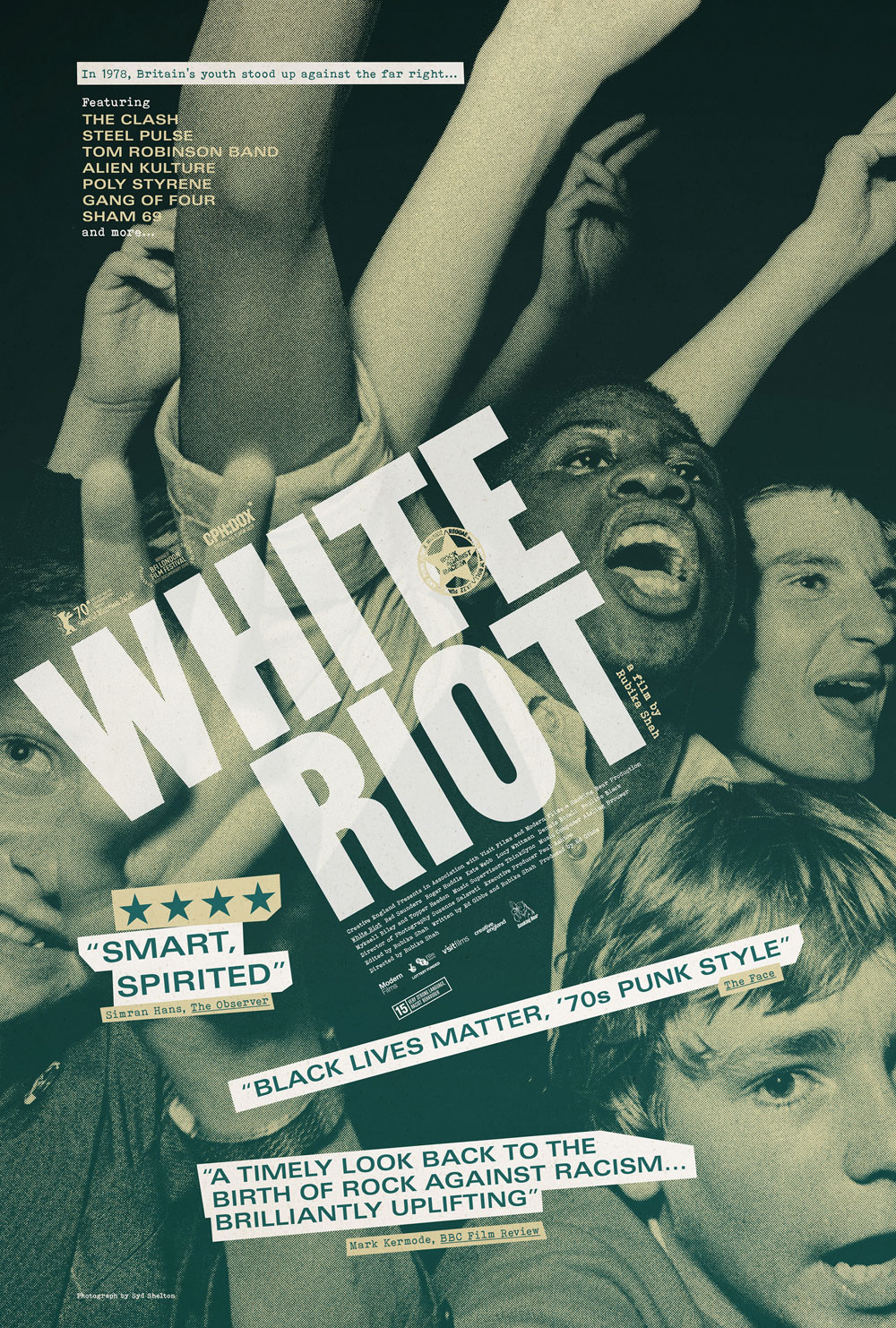 Britain, late-1970s. Punk is exploding. The country is deeply divided over immigration. The National Front, a far-right and fascist political party, is gaining strength as politicians like Enoch Powell push a xenophobic agenda. Outraged by a racist speech from Eric Clapton, music photographer Red Saunders writes a letter to the music press, calling for rock to be a force against racism. NME, Melody Maker, and Sounds all publish the letter.

Flooded with responses, Red discovers many share his views. Teaming up with like-minded creatives Roger Huddle, Kate Webb, Syd Shelton and Australian graphic designer Ruth Gregory, the team bands together to create Rock Against Racism (RAR) and a fanzine, Temporary Hoarding. Speaking directly to the youth, Temporary Hoarding reports stories and issues that the mainstream British media ignores, like immigration, the Catholic side of the Northern Ireland conflict, and the police’s controversial “suspected persons” (sus) powers. They give a voice to the voiceless. The National Front begins to strike back, committing acts of violence against RAR supporters and petrol-bombing their HQ. Despite this, RAR spreads virally across the UK and into Europe, becoming a grassroots youth movement. The Clash, Steel Pulse, Tom Robinson and other top bands of the day jump on board.

White Riot is a moment in time when music changed the world. When a generation challenged the status quo. It’s Woodstock meets the March on Washington, punk-style.

Please note: Once purchased, you will be able to watch the film for the next 48 hours. A captioned version for Deaf and hard-of-hearing viewers is available upon completion of the transaction.