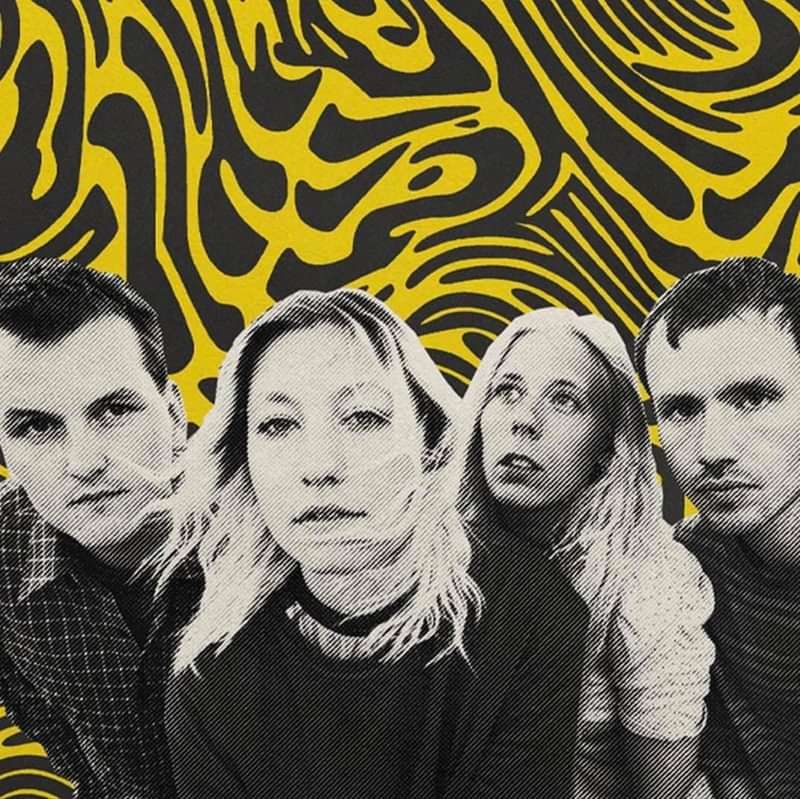 THIS EVENT HAS BEEN POSTPONED

NEW DATE TO BE CONFIRMED

TICKET BUYERS HAVE BEEN CONTACTED BY EMAIL

Countless islands make up the United Kingdom, and the Isle of Wight might be the most misunderstood of them all. It’s never just been home to teenagers waiting to leave and pensioners waiting to die, but it’s still surprising to find promising indie rockers such as Coach Party staying put and insisting the music industry come to them.

Jess (vocals/bass), Steph, Joe (guitars) and Guy (drums) only played their first gig a few months ago, yet the strength of their songs persuaded London label Chess Club, which released early work by Wolf Alice, Jungle and Mumford & Sons, to travel south and issue their first singles. They are now collected on an EP, Party Food, along with three new tracks, and although there are moments reminiscent of bigger bands, there’s a punchy wit to Coach Party’s relationship-driven lyrics. The arrangements are poppy yet experimental, and served with a confidence that only comes from not hiding behind other people’s ideas.

Breakdown is probably the most obvious pint-spiller, with its lovely, suspended-in-air middle section and frenetic climax, but even the seemingly twee Space and Red Jumper Boy have savage left turns. Plenty of new indie bands become less interesting the more you hear them, but Coach Party, like the Isle of Wight, are more intriguing than they first appear.