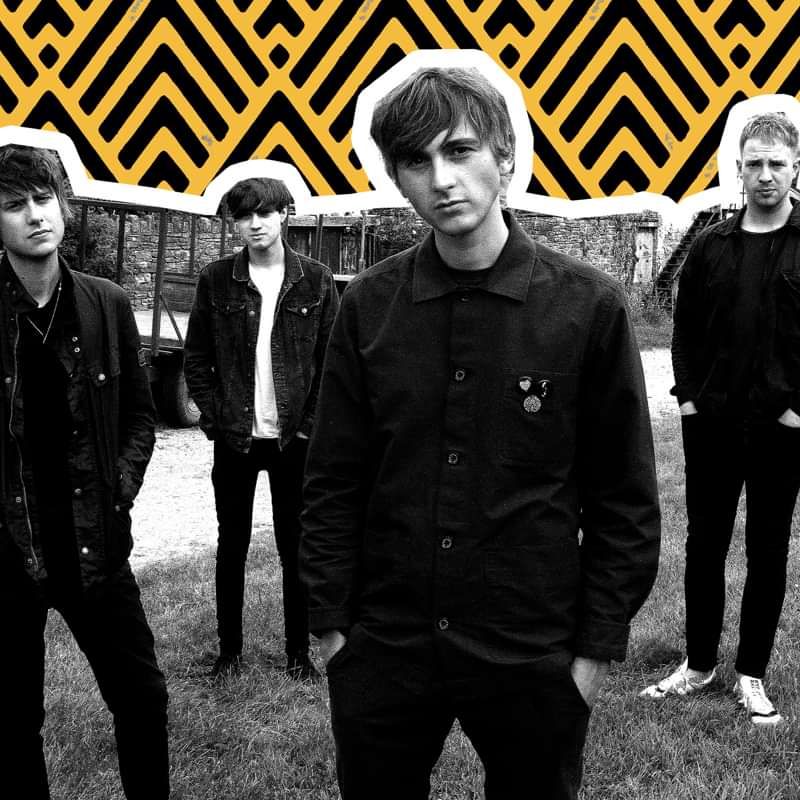 Comprising two pairs of brothers (vocalist/guitarist Kiaran Crook and drummer Brandon Crook; bassist Andy Davidson and guitarist Josh Davidson), the Sherlocks are an indie rock quartet formed in the summer of 2010 in the small village of Bolton upon Dearne in Sheffield, U.K.

The four friends initially began jamming covers in each other’s garages before moving on to perform gigs in the local working-men’s clubs. The boys began penning their own songs, working them gradually into their sets, which eventually became live favorites. It didn’t take long for the goal to be realized, and the band went on to be the first unsigned act since fellow Sheffield rockers Arctic Monkeys to sell out the city’s iconic Leadmill venue.

The 2010s saw continuous resounding success for the Sherlocks, as they released their first single, “Live for the Moment,” in 2014, followed by second and third singles “Escapade” and “Heart of Gold” in 2015. In particular, “Heart of Gold” received frequent airplay from BBC Radio 1 and Radio 6. Alongside dominating the airwaves, they also made their stamp on the stage with performances at the 2015 and 2016 Reading and Leeds Festivals, followed by support slots for the Courteeners and the Libertines. They also began to build stateside attention with an appearance at the 2016 SXSW festival in Austin, Texas.

They started 2017 with a bang when the limited-edition 7″ version of “Will You Be There?” entered the official U.K. vinyl singles chart at number one. This was followed by the band’s first headlining tour of the U.K., along with the announcement that their debut full-length, Live for the Moment, would arrive later that year. Following the release of the album, the group headed out on tour in support of it across the U.K., Europe, and the U.S. in 2018, as well as supporting Liam Gallagher on his European tour. By the end of the year, the band had returned to the studio, Liverpool’s Parr Street, to record their sophomore release. With the Coral’s James Skelly at the controls, the group spent four weeks crafting a more meticulous album than their debut. The Sherlocks issued the first track from the album, “NYC (Sing It Loud),” in June 2019; the album, Under Your Sky, followed a few months later, along with a full U.K. tour.