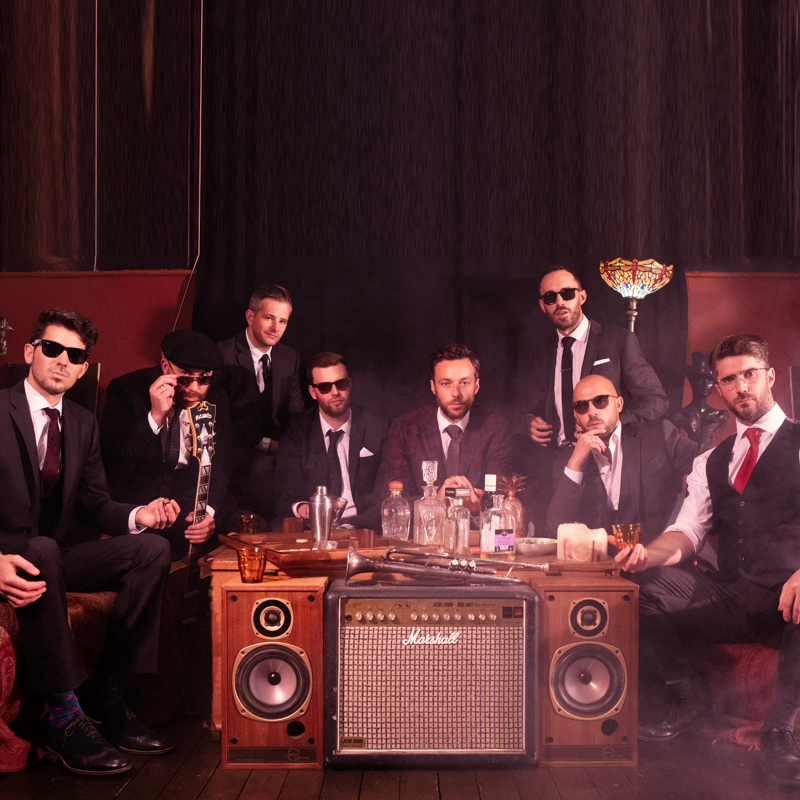 Bursting into 2019 with a brand-new album causing earth-shattering tremors and screams of delight among their faithful fans, Gentleman's Dub Club aren't taking their feet off the pedal any time soon. The concept album 'Lost in Space' delves into intergalactic realms, offering up an unchartered and exciting new dimension to their sound. As they hit the launch button on what will no doubt be yet another starry year, you can only expect more incredible live gigs and good times from this group of high-flying pioneers.

Based in London but founded in Leeds in 2006, GDC have made an indelible mark on the live music scene, their high-energy shows garnering appearances at all major UK festivals including Glastonbury, Bestival, Boomtown and V Fest. Touring has taken Gentleman’s Dub Club international, and people from countries such as India, Morocco, the USA, and Iceland have been delighted by the band’s infectious commitment to plugging in and leaving their guts on stage.

Their four albums (“FourtyFour,” “The Big Smoke,” “Dubtopia” and “Lost In Space”) have received widespread acclaim from DJs and music fans around the world, and have spent the vast majority of their time in the top echelons of the iTunes reggae charts. Their track ‘High Grade’ from the “Open Your Eyes” EP is now a universally recognized reggae anthem.

Rodigan, who as well as being a longtime supporter of the Gentlemen’s output, hosted a Gentleman’s Dub Club Maida Vale feature on BBC Radio 1 Xtra in 2015, and has also recently handed the reins of his world-famous Sunday night BBC Radio 1xtra show over to the Gents for a takeover special.

“When I talk about energy, commitment, vibes and excitement – you haven’t seen anything until you’ve seen Gentleman’s Dub Club” – David Rodigan MBE