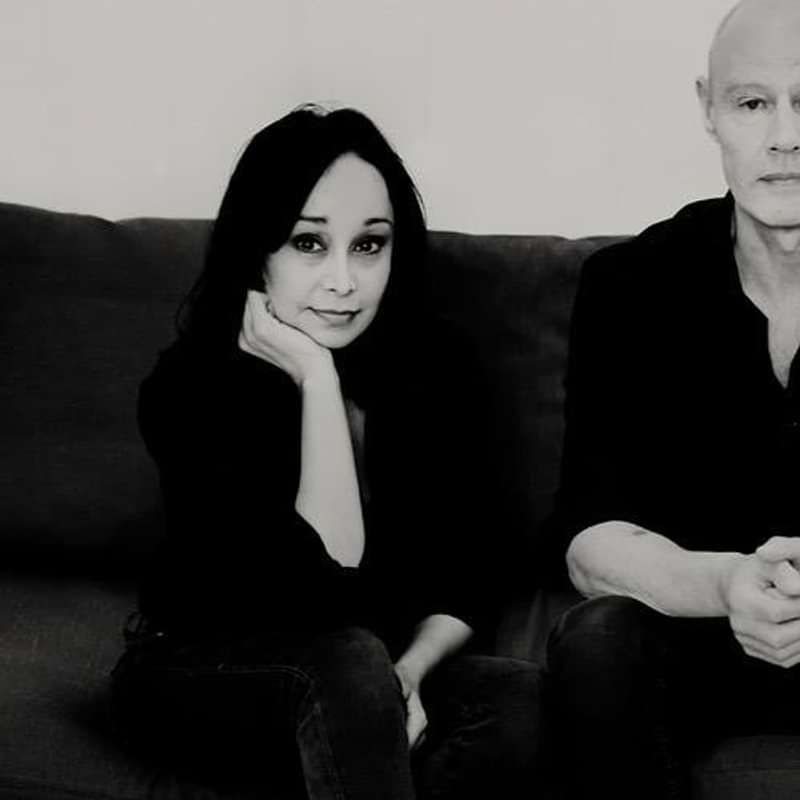 A special acoustic evening with ECHOBELLY

The Forum presents A Special Acoustic Evening with... ECHOBELLY plus guests

This show will be part of the "Stripped Back" acoustic show tour.

After the maelstrom years of Britpop and their ensuing success as Echobelly , a series of experiences insued that rock’n’roll would call its own, including death, drugs, theft and high court injunctions, Glenn and Sonya came through the storm to a time of reflection, re-positioning and reality: Where to go from here when the desire to write songs is stronger than ever but the business has changed considerably? Back to what you once knew. And that’s exactly what they did. A handful of acoustic shows took place in 2010 and two acoustic mini albums were released in 2011 and 2012, with a full album planned to follow soon afterwards.

Before that could happen, however, Sonya and Glenn found themselves longing once again for the full-band experience and in 2015 Echobelly was resurrected. With a new-look line-up in place, a live show at London’s Scala was announced. It sold out and was quoted by fans as being one of the best ever Echobelly shows. A proper return was in the pipe-line.

Echobelly debuted in 1993 with their debut EP, Bellyache, on the independent Pandemonium label. The favourable response including gushing press reviews and sold out gigs ensured the securing of a recording contract with Epic via their subsidiary, Rhythm King. Their first single, was Insomniac and the album, Everyone’s Got One, reached number 8 in the Uk Album charts.

As their music received more airplay, Echobelly won admiration from other artists as well. Madonna expressed interest in putting them on her Maverick label, and R.E.M. requested the group as the opening act for their upcoming tour. The band returned to the studio in 1995 to create their next album, On, produced by Sean Slade and Paul Kolderie, who had also produced Hole and Radiohead. The album created an interest worldwide and tour very successful world tours were put together. Madan’s lyrics often ventured into the darker side of life, such as the milieu of gang culture addressed in the song King of the Kerb. “I wanted to challenge myself as a lyricist on a different level on this album,” Madan said in Rolling Stone. “I want people to tell me what they thought the lyrics are about. I’m not a politician. I’m not interested in changing everybody around me. I’m interested in myself”.

While many of the songs lamented the state of things, others on the On album celebrated the endless possibilities of the human spirit. In Great Things, Madan sang “I want to do great things/I don’t want to compromise/I want to know what love is/I want to know everything.” The album’s mostly optimistic feel provides an intriguing contrast with its serious subject matter. As one journalist wrote, “Both music and lyrics examine the tension between order and liberty”. Listeners in the UK responded favourably to the album, driving three singles from the release into the Top 30 of the UK Singles Chart. Sales of the album rose to over 180,000 at the time, in the UK.

Legal problems interrupted the success of Echobelly in 1995 and 1996. The group also had disagreements with Rhythm King after the label moved to Arista. The band chose to stay with Epic. The release of their third album on Epic, Lustra, was issued in November 1997. A single from the album, The World is Flat, was released in August of that year, with one more UK and European tour put together. A four-year hiatus was brought to an end in 2001 when the band returned with the Digit EP and their fourth album, People Are Expensive  which were released on their own Fry Up label. Two further singles, Tell Me Why and Kali Yuga (a remixed version of the album track) followed.

In 2004 Echobelly released a fifth album, Gravity Pulls – again through their own Fry Up label. After a period of witnessing the whole music scene change around them, the band went their separate ways while Glenn and Sonya remained working together and released two acoustic albums under the name Calm of Zero with an acoustic tour around the UK.

It was the response of the sold out Scala show in October 2015 that they decided to once more make a return into the music field with a new band line up and the new album, Anarchy and Alchemy, which was released in 2017.