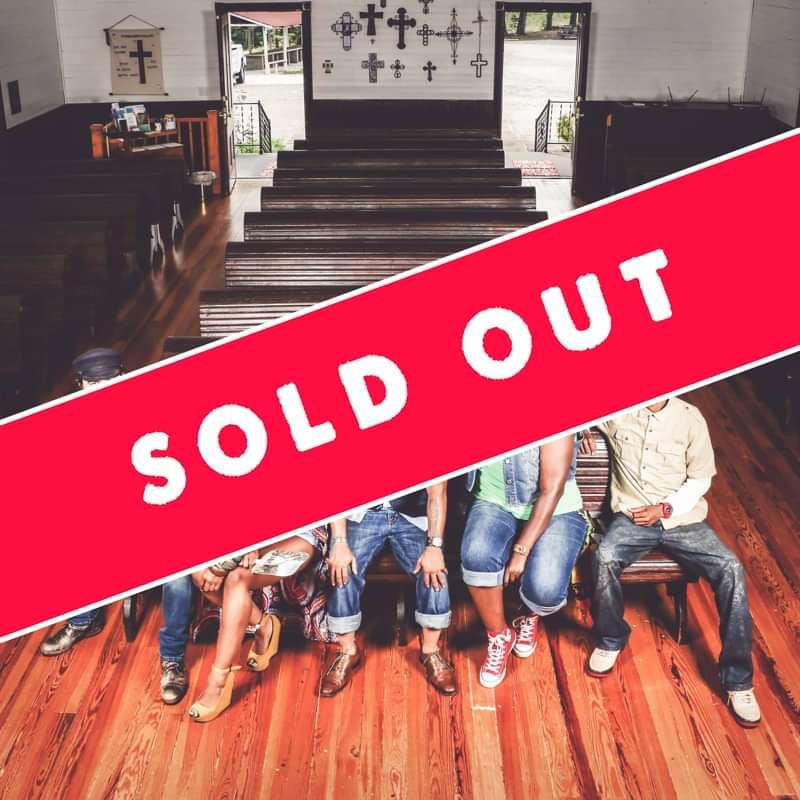 SOLD OUT
Entry Requirements: 16+ (under 16s accompanied by an adult)

The multi-platinum, Grammy Award Winning group Arrested Development delivers an onstage It’s been more than twenty years since a new group called Arrested Development slammed the gangsta dominated world of hip hop with defiant lyrics of hope. Apparently the world was ready for the change as AD became the first ever hip-hop artist to receive the “best new artist” Grammy, (a distinction it still maintains today in that category). In addition, the group also received a Grammy award for “best rap single” for their anthemic prayer-like hit song, Tennessee. The song has gone on to be named as one of the 500 Songs That Shaped Rock and Roll by the Rock and Roll Hall of Fame, and in the top 100 Greatest Songs of the 90’s by VH1 Money came in but not for precious stones and big cars. Instead, these pioneers of the conscious rap game took one big step for mankind by giving back and becoming the first African American artists to donate money to Nelson Mandela and the ANC. They used their voices and their status to the benefit of many underprivileged brothers and sisters around the world. With the success of the single Mr Wendal, Arrested Development brought the issue of homelessness to the forefront. The group donated half of the royalty earnings from Mr Wendal to the National Coalition of the Homeless. Awards, chart success and accolades continued to follow. One of the highlights was being asked to write a song for Spike Lee’s movie about minister and human rights activist, Malcom X. The movie, X, went on to become one of Spike Lee’s most highly acclaimed works. The Arrested Development song, Revolution, would forever be associated with one of the most important movies in black culture. (Eighteen years later, the response that comes whenever the group performs this song is inspiring. Their album, 3 years, 5 months and 2 days In The Life of..., sold over 4 million units, with singles from that maiden voyage playing like a soundtrack in the lives’ of so many people world wide Their sophomore release Zingalamaduni was a critics’ favorite. Although the album was well received and garnered another Grammy nomination, it failed to reach the same heights as the previous album. Nonetheless, it reached sales in excess of 500,000 copies. Just as it seemed that positive hip hop had found a way of being embraced by the mainstream, a new wave of negative hip hop artists, demeaning women, glorifying drugs and promoting criminality, came along and energized the base at the corporate record companies, prompting record executives to inject more and more money to get these negative stereotypes into the minds and hearts of young people, of whom many, were desperately searching for their path and identity in life. The move proved to be an enormous success for these artists, while making corporations billions of dollars. With the pressures of the music industry weighing heavily, and inner turmoil striking within the group, it was time for Arrested Development to take a break and redefine their individual and collective purpose. For some members, it was time to take a hiatus from the industry, for a few, it was time to start a family, while other members delved into new musical projects and collaborations. In the year 2000, Arrested Development re emerged with a new lineup and a new album called “Heroes of the harvest” This time the inner turmoil was replaced by inner peace, the pressures of the industry were lifted, and one of hip hop’s best, was back rocking stages. energy to thirsty audiences looking to quench their soul! For the last twenty years, Arrested Development has performed sold-out concerts in literally every part of the world. In September, 2019, the band was given an award at the Black Music Honors Awards. This award acknowledges Artists who have made a significant contribution to African American Music. The band continue to release new music and find new success in different corners of the globe. Their shows are a celebration of life. Experiencing an Arrested Development concert is an uplifting and spiritual event wrapped into one big party. They continue to release new music (Craft & Optics) and Speech has released two documentaries. "The Nigga Factory" (mini doc) featuring Chuck D, David Banner, Dr. Umar Johnson and more! "The N Factory" is hailed as a MUST SEE by Boyce Watkins (Your Black World) and the powerful full length doc "16 Bars" where Speech goes into a jail for 10 days to write music with inmates has won numerous film festival awards!