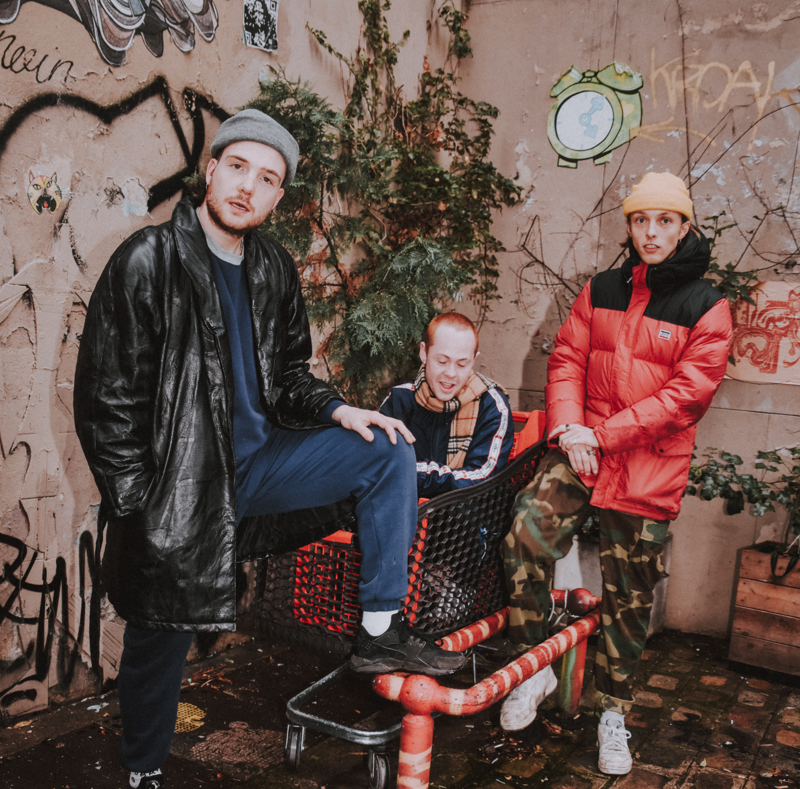 Formed in the archetypal English town of Tunbridge Wells, Lady Bird’s shared desire to spread lofty ideas has led to them creating some of the most exciting music to come out of anywhere in the country. While Punk can sometimes be seen as a reductive term, Lady Bird hark back to its deeper meaning, exemplifying an attitude of rebellion, freedom and bold ideas. Lady Bird’s sound manages to be both literary and ultra-aggressive. Joe and Alex lay down a frame work of stripped back rock, heavy and pulverising, but never losing its sense of melody. Over this Don plays the role of narrator, spinning suburban yarns as metaphors for the trials of 21st century life and the desire for personal and spiritual growth. His distinctively English tones are reminiscent of Mike Skinner - telling tales of a Kentish Wetherspoons rather than London clubs - all the while a stripped down Black Flag thrashing away behind. The boys’ shared musical influences range from The Blockheads to Thelonius Monk. Their sound is also buoyed by a deeper philosophical bent, something Joe puts down to their closeness as a unit. “Since playing together we’ve become central pillars in each other’s lives and because of that there’s all sorts of deeper discussions and musings that take place which influence what the creative output is.”

The band’s debut EP, ‘Social Potions’, demonstrated their desire to make raw music with high ideals, its 4 tracks detailing a sordid journey which ends in enlightenment.

The EP was released via Slaves’, Girl Fight Records which was a perfect match, with both Lady Bird and Slaves determined to champion the music and the scene of their hometown.

This was followed by ‘Boot Fillers’ in August 2018. During that time they recorded a session for BBC Radio 1 for the Huw Stephens and built up a reputation for incendiary live shows.

This desire to reach people is also deeply embedded in the bands live shows which are, in Don’s words, “really loud with lots of information, portrayed in a passionate way with some light hearted bants. These two (Joe and Alex) are both so angry and they fucking have it. Interestingly I don’t so much. My job in the band is to portray the story with sincerity and animation, so I don’t really go nuts.”

2018 was wrapped up with the release of ‘Reprisal’ which again consolidated online and radio support at BBC Radio 1 and DiY and underground news outlets such as Dork.

2019 saw the band build their own studio, complete a sold out UK tour and play their first wave of European shows and festivals. The band continued to self release the critically acclaimed singles ‘Love’ and ‘Shag Tally Tastic’. The band also recorded their 2nd session for BBC Radio 1 for Jack Saunders Late 2019 has seen the band hold up in their DIY built studio, housed above the Tunbridge Wells Forum venue. The band are crafting their debut album which they cannot wait to unleash on the world. 2020 saw the band release their next EP ‘BRAINWASH MACHINE SETTING’ via their own label ‘Purple Stains’ in association with JägerMusik. So there you have it. Lady Bird are a band from a small town with big ideas, determined to change the world and also make some fucking noise in the process.

Lady Bird Hailing from what they call the velvet trench of Tunbridge Wells, Lady Bird look set to excite audiences with an eloquent twist on punk. The boys smirk about the stagnant charm of their home town. 'It doesn't go anywhere,' says Joe (drummer), 'It's solid ground.' Fronting the three piece is Don Rennols. His lipstick clad geezy front might explain the band's name. The self-dubbed king-of-the-riff-raff admits he's always been a show off, 'ever since ever!' There's a comic behind the wit. When asked about interests and inspirations Alex (guitarist) says, 'Between us we've played a lot of styles and our tastes cover too much to box, but together I think we put out a sound that nods to punk and maybe uk hip hop primarily. I guess they're linked on some level by attitude.' They sit holding hands, seemingly committed to sharing a grin. 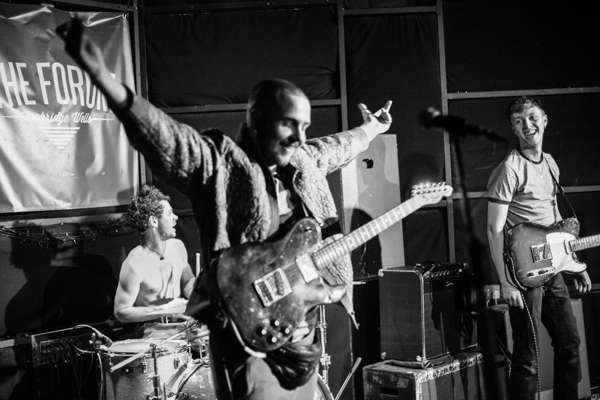